Largest Concentration of Construction Professionals in the South East 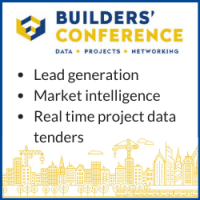 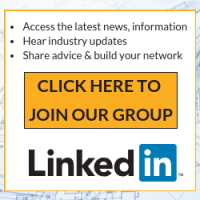 Gill Monk from All Health Matters, who sponsored the awards with support from the Institute of Directors (IOD) said, “We had an impressive first year of entries and it was a great pleasure to find so many excellent candidates who are worthy winners. We would like to congratulate them all on their success.”

Best Apprentice for 2019 is 19-year-old Louis Clarke, who is an Apprentice Bricklayer at Coombs (Canterbury) Ltd, based in Kent.  He was nominated for his impressive approach to learning and his enthusiasm for the job.

Said Mark Lawford from Coombs, who nominated Louis, “He has stood out to us from day one. As a company we pride ourselves on bringing through apprentices and nurturing them into a qualified tradesman. Louis has ticked all the boxes for what we look for – enthusiasm, punctuality but also a great natural skill for his craft at a very young age.”

The Best Construction Project was jointly won by both Thorne & Co Ltd for their impressive Bayham Lake Spillway build, working for the Bayham Lake Management Company; and by Wilmott Dixon for the new £13.4m Kennedy Building on Keynes College Campus at the University of Kent on time and under budget.

Rebecca Golds, Director from Medlams Surveys Ltd in Chichester, West Sussex, scooped gold for Women in Construction. She said, “In 2011, I decided to revert back to what I loved best and that was being on site, surveying. I embarked on the journey of starting my own company, investing in the required hardware and software whilst gradually building a solid client base. In 2012, I was awarded The Observers Start Up Business of the Year and since then have grown to three full time employees.”

Other winners this year included Best Architectural Design, won by Baily Garner LLP, based in Eltham, for their affordable homes project on three infill sites in the heart of Brighton’s city centre, working for Brighton & Hove City Council and the Guinness Partnership.

Best Construction Contractor was won by BJF Group in Maidstone, Kent, for 12 years of sustained and progressive growth, evolution and resilience over the past 12 years.

Best Supplier was won by Leay Limited, based in Aylseford, Kent, specialists in supplying and installing architectural aluminium façade systems.

The awards followed a hugely successful second year of the South East Construction Expo, attended by over 2,500 delegates from the industry, with 120 companies exhibiting the latest construction technology, ideas and expertise, alongside dozens of workshops, presentations and meet the buyer opportunities.

Our Sponsors, Supporters and Partners